The Doc Severinsen Big Band Tour was a resounding success.  We had a fantastic time bussing about the midwest, plain states and even out to the Rockies.  Doc’s form gained upon his early strong performances and by the end of the tour, he was absolutely crushing every show.  It was such a joy to work with him day in and day out.  His demeanor, stage presence and easy way with the guys revealed his vast experience.  What a giant.

More over, his sound is titanic!  Timeless ballads like Georgia and Stardust grandly flow from his bell.  Latin inspired numbers have flair and panache.  Swinging big band classics sound more classic than ever when he lays into them.

Speaking of titans… Ernie Watts joined us for the entire experience and was the bands featured soloist (after Doc, of course).  He worked nightly miracles on the sax yet went about his daily business in a humble, yeoman like fashion.  Like the myths of the other Legends of this and other music, he never stops chasing greatness and never stops working.

The entire tour was a pleasure and working with these heroes, along with some of the most talented and dedicated musicians around has left me overjoyed and inspired. 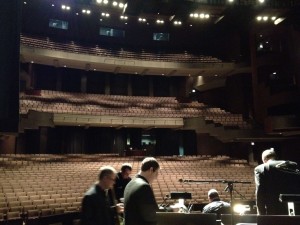 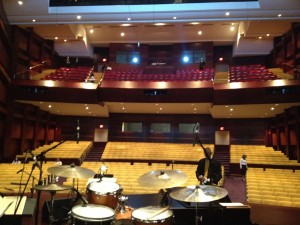 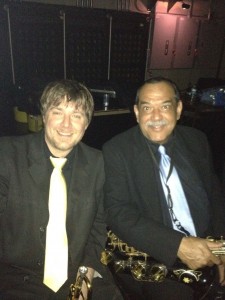